The Bard really can banish your blues! Author who turned to Shakespeare after having a stroke, reveals how the playwright’s works continue to connect with different audiences

By Bel Mooney for the Daily Mail

SHAKESPEAREAN: ON LIFE AND LANGUAGE IN TIMES OF DISRUPTION

Facing me on my desk as I write this is a Royal Doulton mug representing William Shakespeare, pens and pencils sprouting from the top of his head.

On the mantelpiece behind me is a large 18th-century Derby figure of a fine standing Shakespeare (suitably rouged and lipsticked), plus a tiny 19th-century German pottery bust.

Across the room sits an old plaster bookend of the Bard. Oh Shakespeare, you should be living at this hour, to witness the industry that you have spawned, producing new trinkets and books each year. 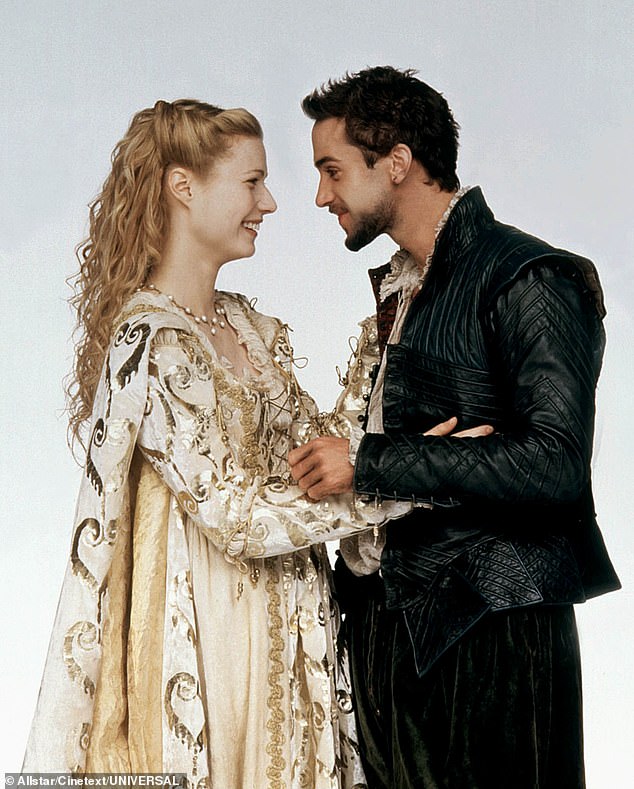 Robert McCrum explores the impact Shakespeare’s works have had around the world in a new culture book. Pictured: Shakespeare In Love

Having read more books on Shakespeare than you can shake a quill at, I now wonder about yet another addition to the canon. But Robert McCrum’s excellent Shakespearean tome has a special back-story. In 1995, aged 42, his life seemed shattered when he had a massive stroke. During his 20-year recovery, Shakespeare’s works ‘became my book of life’.

He explains: ‘When . . . each day becomes a reminder of human frailty, Shakespeare’s extraordinary power to connect with his audience’s perplexity, and to evoke a thrilling sense of mystery in the human predicament, inspires a mixture of reverence, awe and fascination.’

Of course, there is nothing startlingly original about his argument that: ‘The Shakespeare who came of age during decades of crisis, dread and disorder speaks to every generation that finds itself in extremis.’

But the winning combination of McCrum’s own insights and sparkling language (Shakespeare’s words are ‘never less than a marriage of bling and barnyard’) lifts Shakespearean to the must-read list. 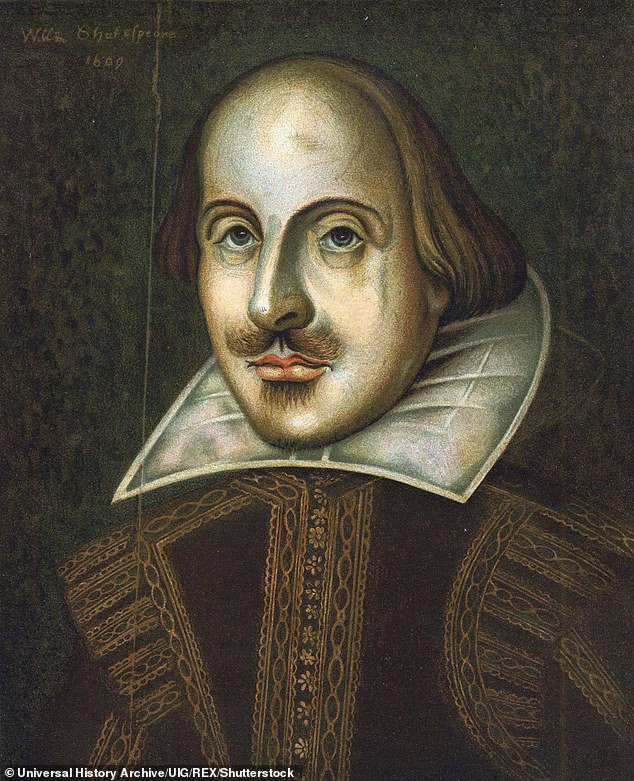 Homesick colonists in America would read Shakespeare’s Complete Works almost as much as the Holy Bible during the 17th century. Pictured: Shakespeare

The author sets out to answer key questions, such as: how does Shakespeare both speak to us and offer consolation, and what is the key to his seeming modernity and his ‘enduring sympathy’?

His method is to range through the plays and the life, to look at the influence of Shakespeare over centuries and in different parts of the world and to touch on ways the crises of the writer’s own time might be mirrored in our own. He discusses performances and how the works connected with audiences in different times.

It makes for an ambitious and exhilarating ride.

In the 17th century, homesick colonists in America read Shakespeare’s Complete Works almost as avidly as they read the Holy Bible, finding ‘a wistful mix of consolation and souvenir’. 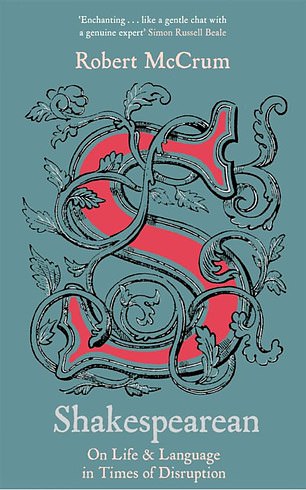 SHAKESPEAREAN: ON LIFE AND LANGUAGE IN TIMES OF DISRUPTION by Robert McCrum (Picador £14.99, 400 pp)

Shakespeare became an American passion, with Othello often staged in the South before the Civil War and many young black men in the slave states being named Othello.

Meanwhile, at home Shakespeare became such a part of ‘the national conversation’ that a character in Jane Austen’s Mansfield Park observes: ‘We all talk Shakespeare.’

For this reader it’s a great pity that McCrum bangs on about Brexit, calling it ‘a pantomime of national humiliation conducted on the edge of an abyss. . .’ etc.

This sort of thing brings out the vulgar Mistress Quickly in me.

Yet he writes ‘in the 1590s . . . this was a belligerent society that wanted to push above its weight’ — and maybe that’s still true of ‘this earth, this realm’ right now.

The trouble is, Shakespeare the shape-shifter can be co-opted to any cause.

McCrum’s real achievement in this labour of love is to remind us that there is no one ‘Shakespearean’ truth — just a dazzling, puzzling kaleidoscope of humanity.

Airport testing could catch six in 10 Covid-19 carriers as research...