A new motoring awards has named which are the best pure electric and plug-in hybrid cars on the market right now for all budgets.

The bests electrified models have been chosen by What Car? as it launched a unique honours list for chargeable vehicles following a surge in interest during lockdown.

To help this growing audience of eco-car buyers choose, it has listed the best choices in each price range… 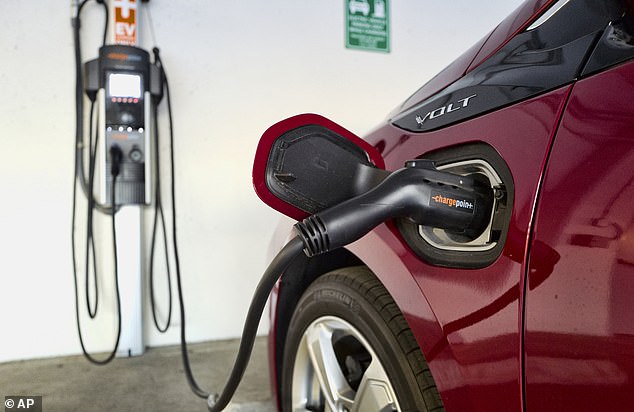 On a charge: What Car? says it has seen a surge in demand for electric cars since lockdown. To help motorists choose the best models on the market, it has launched a set of awards for 2020

As lockdown restrictions eased in early July, a quarter (24 per cent) of panel of 6,000 primed car buyers told the publication they were more inclined to buy an electrified motor as a result of the changed environment they were living in.

Some 16 categories – and winners – have been devised to inform these motorists of every need and budget make the best choice for them, with the growing number of competitors fighting for sales across the market reflected by the fact that 12 different manufacturers won awards.

Only BMW, Kia, Porsche and Tesla won two prizes, while only Kia and Porsche have an electric and a hybrid winner.

‘The variety of electric and plug-in hybrid cars on offer is growing exponentially, which is great news for buyers, because it’s driving up standards,’ explains  editor Steve Huntingford.

‘However, recognising that EVs and PHEVs still make up a minority of all car sales, these standalone awards give us the opportunity to highlight the very best models as the car industry swiftly adapts to meeting its environmental challenges.’

The awards have been launched in association with Myenergi – a British specialist in electric vehicle charging and domestic renewable energy, which has manufactured and shipped more than 50,000 charging devices in two years.

Here are the electric cars – and their prices, inclusive of the Government’s Plug-in Car Grant (PiGC), if they’re eligible for it – that took gongs in the 2020 honours list.

We’ve also listed the awards for plug-in hybrids in a table below. 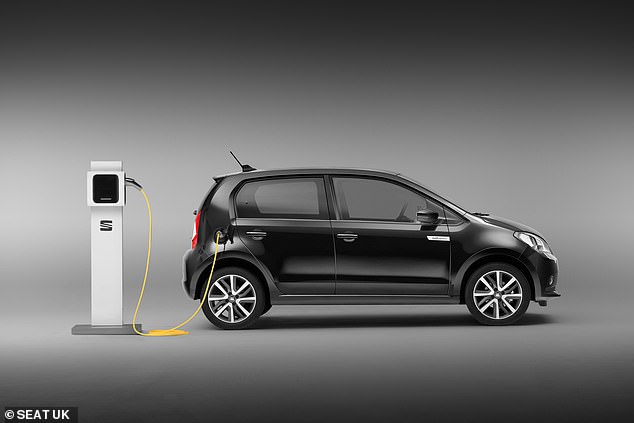 If you want a small city runaround that runs purely on electric power, the best model – considering performance and price – on the market is the Seat Mii Electric

The Mii is – according to the claimed figures – capable of 161 miles between charges, which is plenty for any city car – though What Car?’s Real Range suggests it’s closer to 111 miles.

While sub-£20,000 is relatively affordable by EV standards, remember that it’s twice the price of a Mii with a three-cylinder petrol engine. 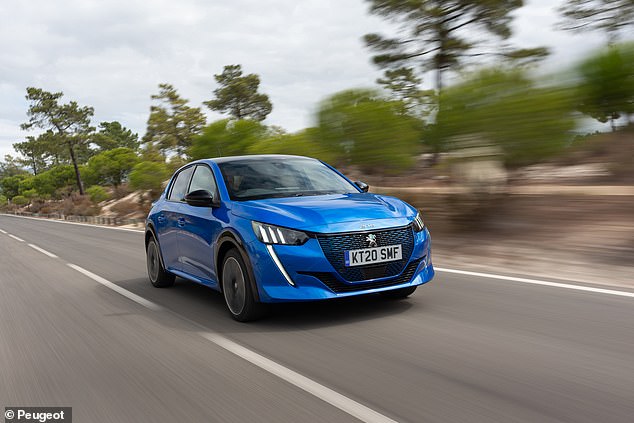 Peugeot’s brand-new e-208 is a classy-looking small car, but with a price tag of over £27,000 is very expensive for not much vehicle

Peugeot’s new electric model has plenty of style and sophistication, if that’s what you’re after in a small zero-emission car.

With a claimed range of 217 miles, most city slickers would only need to charge it once a week. But at over £27,000 – inclusive of the PiGC – it isn’t cheap. 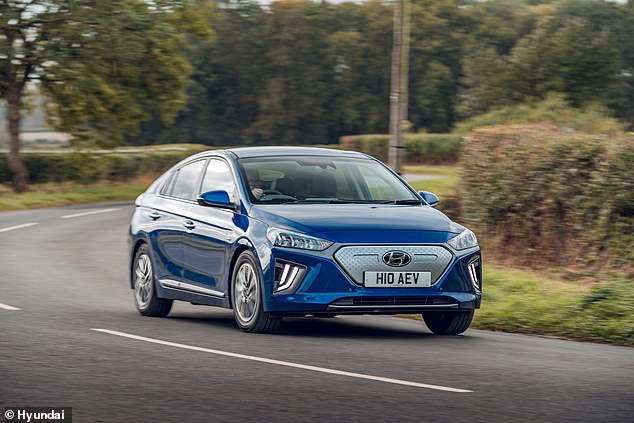 The Inoiq is practical and spacious, but it’s also getting a little long in the tooth and has already slipped behind the latest models coming to the market at the moment

With a claimed range of up to 193 miles, the Ioniq should be more than adequate as a main family car. However, with longer journeys, owners would need to plan their stops to boost battery charge en route.

In terms of electric vehicles, it’s been around for a relatively long time and is starting to fall behind the competition. 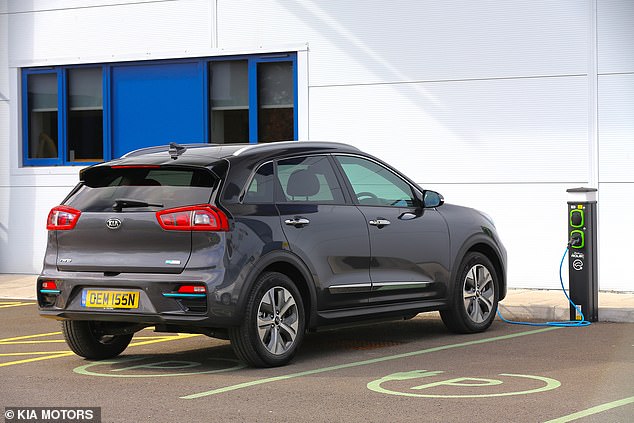 With a tested range of 253 miles, the Kia e-Niro can cope with most journeys in the UK

Kia says you can get up to 282 miles between charges in the longest-range e-Niro. However, What Car?’s Real Range measurement said 253 miles was more achievable for motorists.

That’s pretty impressive by any EVs standards. And at the price, it’s definitely a big step up compared to the cars listed so far. 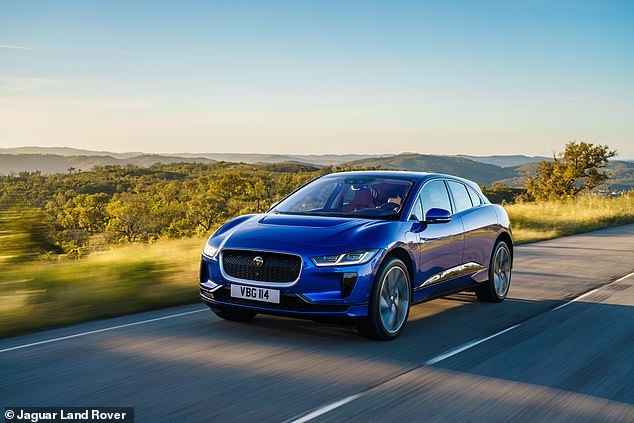 The I-Pace definitely feels a step up in quality compared to some other EVs previously mentioned. But that premium feels comes at a cost – and a cost that means it’s not eligible for the government’s electric car grant

We’re now into the realms of electric cars that surpass the £50,000 mark and therefore no longer qualify for the £3,000 PiGC. The I-Pace is one of those. Inside, it feel super premium and hi-tech.

The I-Pace is the best luxury SUV you can buy right now, with a claimed range of 292 miles, though What Car? suggests 253 miles is more realistic. 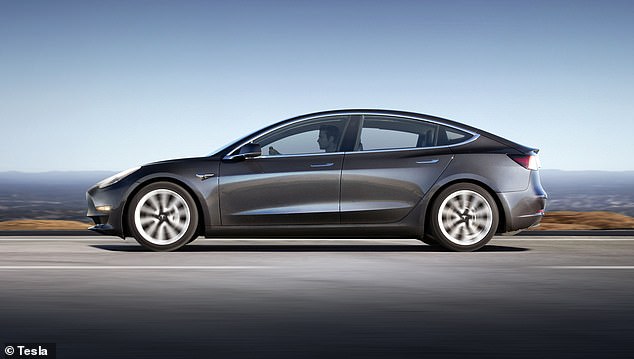 During the first two months of lockdown, Tesla’s Model 3 was the best-selling car in the UK

The first of two Tesla vehicles in this list is the smallest car in the range, the Model 3. Incredibly, it was the best-selling car in the UK in April and May – though mainly due to showrooms being closed and the US firm delivering to customers’ homes.

Of the three variants on sale in the UK, it’s the Performance that What Car? has picked – which happens to be the most expensive with an official range of 329 miles. 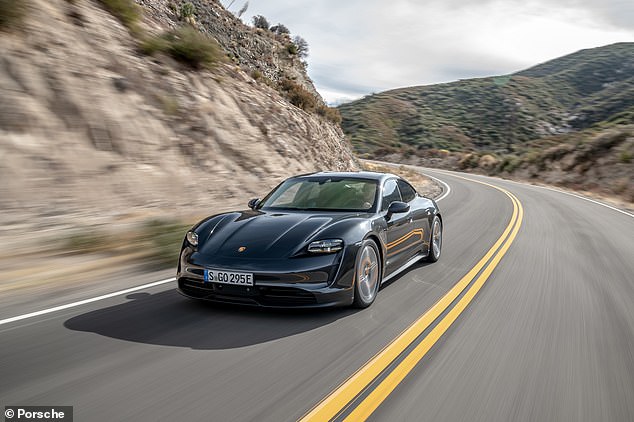 The Taycan has been mightily impressive since hitting the market, and proves Porsche can work the same wonders with batteries as it does potent petrol powerplants

While many performance car enthusiasts will scoff at the idea of Porsche making an electric model, the Taycan 4S is a seriously impress piece of kit.

Not only does it have a claimed 287-mile range but also packs 563bhp and can accelerate from 0-to-62mph in less than four seconds. 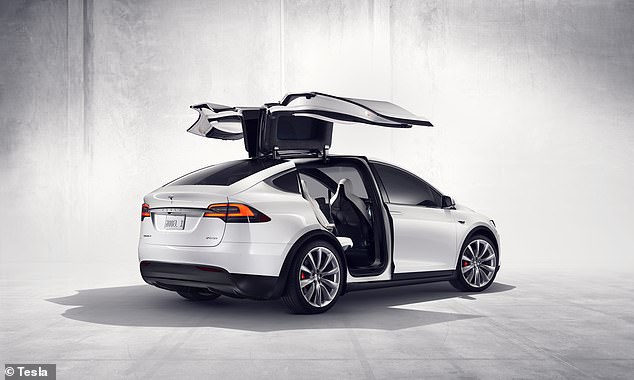 You’ll have to pay through the nose if you want a Model X, but it’s spacious, has a long range between charges and the coolest set of doors on an EV yet

The second Tesla in the list is the mighty – and massive – Model X SUV. If there was an award for the best doors on an electric car, it would win that gong hands down.

Ranges of the US firm’s biggest car to date are between 301 and 314 miles, though real-world measurements suggest drivers should expect to experience under the 300-mile threshold.