Australia’s housing market can incredibly difficult to break in to, but there are very cheap options to be found right across the country if you look hard enough.

Just $88,000 will get you this two-bedroom cabin in Howlong, near the New South Wales-Victorian border.

It comes with a pool, tennis court and sits on the banks of the Murray River, making it a dream house for anyone who enjoys boating or fishing. 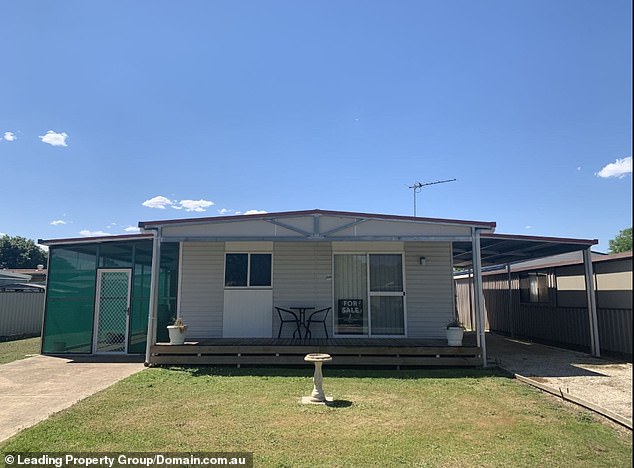 Just $88,000 will get you this two-bedder with a pool and tennis court on the banks of the Murray River near the NSW-Victorian border 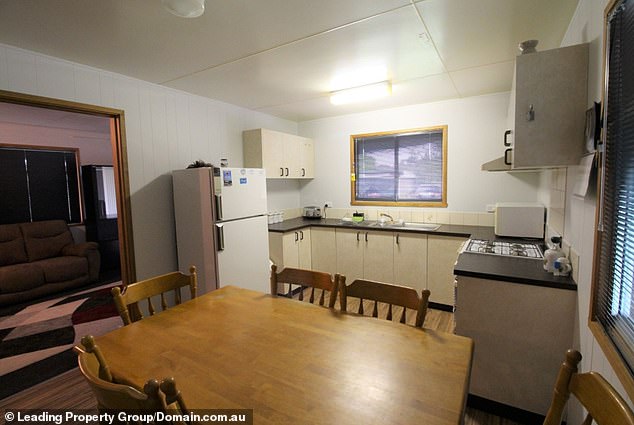 ‘It’s like having a holiday every day. It has all the facilities to live there as a permanent resident or rent it out,’ she said.

‘There is an on-site manager to take care of the facilities so you don’t have to scrub the pool yourself.’

She said council rates don’t need to be paid but there is a slight fee in order to maintain the site.

Ms Morgan also said no work needs to be done to the property as it is in ‘fantastic condition’.

It’s got a three-bedroom house situated on a 1,000-square-metre block of land less than a two-hour drive north-east of Adelaide, but this $92,500 property in Wongulla comes with a bit of a catch.

The listing for 641 Cliff View Drive states that the property is ripe to ‘renovate or detonate’.

The 1970s timber-framed house comes with a large shed but the property is in need of a lot of work – with new paint on the interior and exterior just the tip of the iceberg. 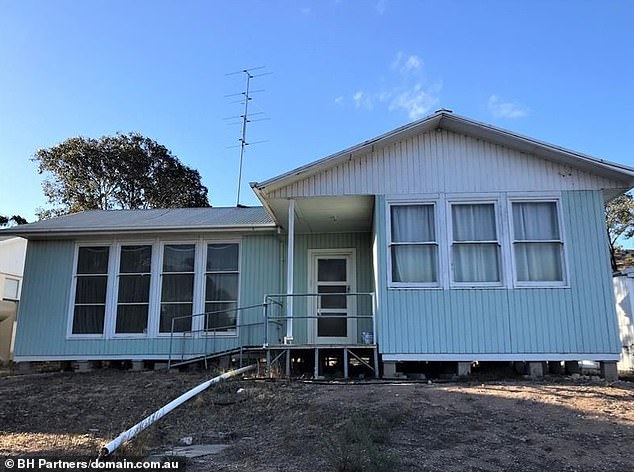 It’s less than a two-hour drive north-east of Adelaide, sits on a square kilometre of land and has a price tag of just $92,500, but this Wongulla property comes with a catch 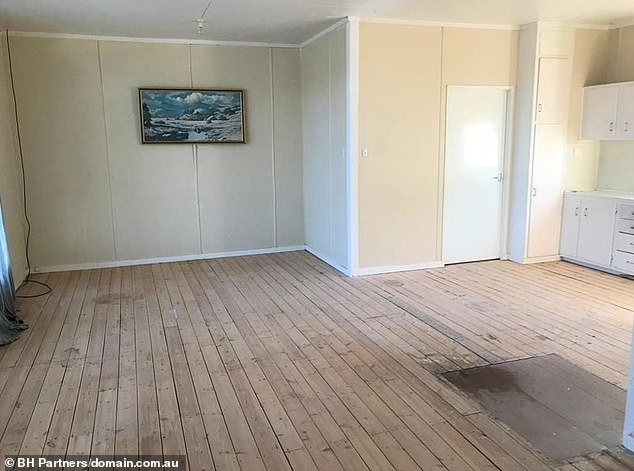 The advertisement states: ‘The house does need a new hot water system, the plumbing would need checking and fixing, the rainwater tank needs replacing and there is a small hole/leak to the lounge ceiling which needs repair’

The advertisement states: ‘The house does need a new hot water system, the plumbing would need checking and fixing, the rainwater tank needs replacing and there is a small hole/leak to the lounge ceiling which needs repair.’

However it emphasises the effort put into the transportable home could make it ‘lovely’.

The property has a laundry and an open-space living plan.

This home, located on Peters Street, Queenstown, near the state’s west coast, will set you back just $57,000.

The two-storey property has four bedrooms and sits on a 644-square-metre lot – giving the new owner enough room to create a vegetable garden. 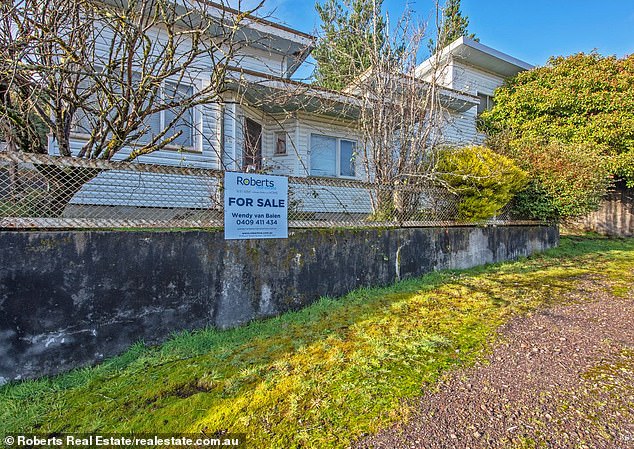 Just $57,000 and you can move into this four-bedroom home near Tasmania’s scenic west coast 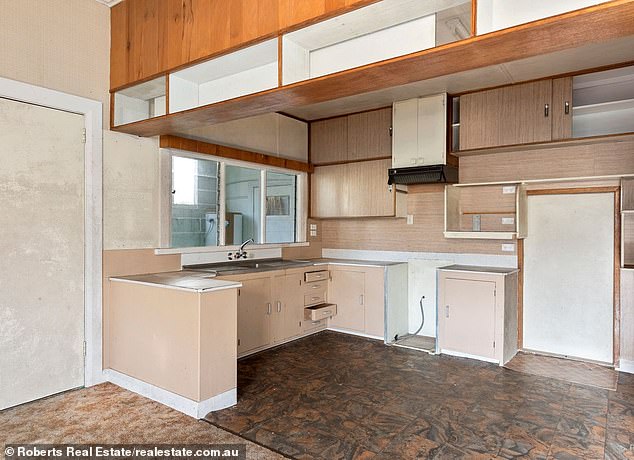 However some of the decor appears outdated with lots of wood-panelling, old-fashioned carpeting and wallpaper

It is also situated near the local primary school, making it ideal for families with children.

However, some of the decor appears outdated with lots of wood-panelling, old-fashioned carpeting and wallpaper.

It’s got access to a pool, barbecue area, it’s relatively modern and it’ll cost you just $69,500 – there’s a lot to like about this resort-style property on Gregory Street, Parap, outside Darwin. 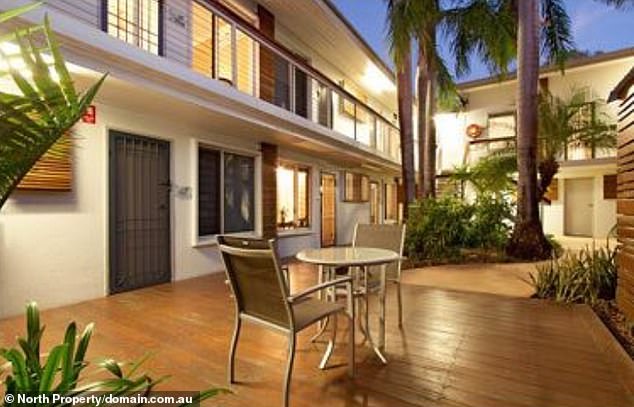 You can snap up this resort-style unit with access to a pool for just $69,500 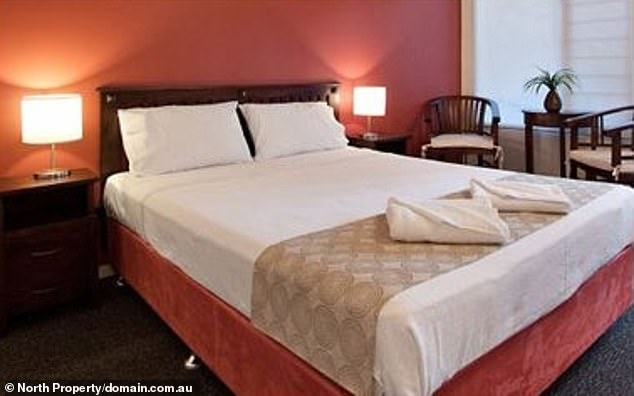 If the buyer wants to use it as an property they should expect it to fetch between $200 and $220 a week in rent.

The apartment is located on the first level of the block and features split system air-conditioning and an ensuite.

It comes with tea and coffee facilities, a toaster, LCD television and a bar fridge.

Kerri-Anne Laurence, selling agent from North Property, told Daily Mail Australia: ‘The rooms are very small, there is no kitchen or kitchenette but there is great decking and outdoor area.’

She also said the property is in a great location across from the shopping centre and a short trip into Darwin’s city centre.

Ms Laurence said there have been several queries regarding the property.

The old cliche ‘renovator’s dream’ applies to this home on Victoria Street in Pyramid Hill, 234 kilometres north of Melbourne

‘The home has cladding in good condition on the outside, has been completely re-wired inside, along with new plaster throughout the lounge room and kitchen,’ the listing states. 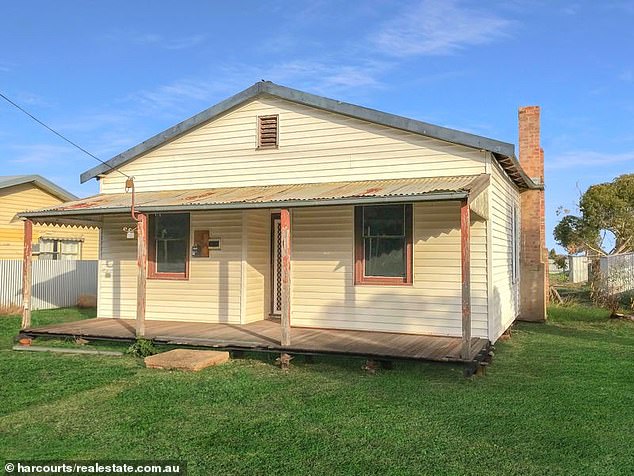 This property on Victoria Street, Pyramid Hill, 234 kilometres north of Melbourne, has a price tag of $87,000 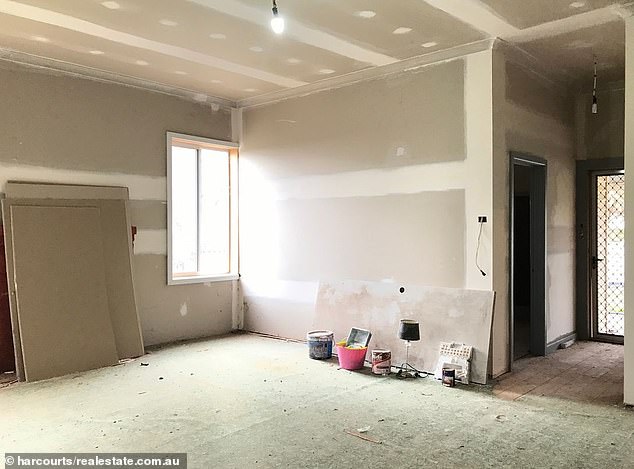 However, the house has already been completely rewired and there’s new plaster in the lounge room and kitchen.

‘This is a great opportunity for those wanting to test the waters of renovating – you can have some fun and be creative,’ she said.

How does $99,000 for a two-bedroom townhouse in the tropics sound?

This property on Boyes Court in Heatley, Townsville, has a ‘spacious lounge area that has tiled flooring which is perfect for easy maintenance’.

It also boasts a large shower and built-in wardrobes.

‘It’s a solid investment for the price. We’ve had constant interest over the past two weeks, mainly from investors,’ listing agent Aaron Moon from Century 21 told Domain. 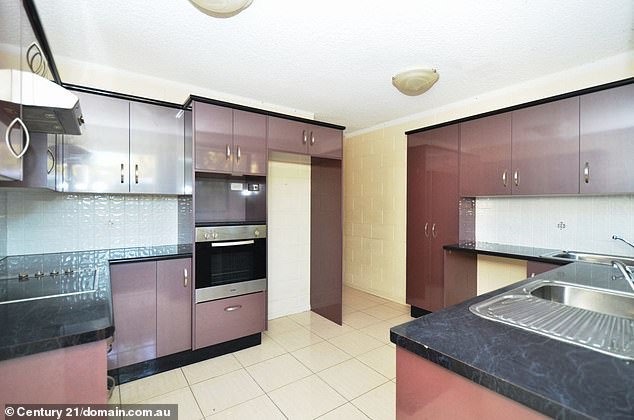 This property on Boyes Court in Heatley, Townsville, has a price tag of $99,000 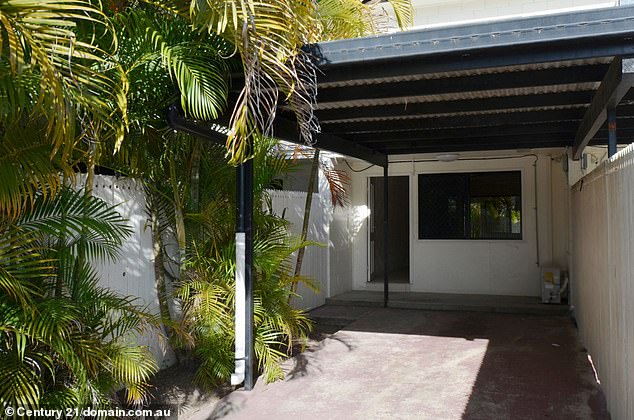 As the price tag of at least $35,000 suggests, this fixer-upper in Jeremy Street, Shackleton, east of Perth, needs a lot of work.

The seller is unable to do clean-up or work on the property, but the electrical requirements will be taken care of for the new owner and a smoke alarm will be installed.

It sits on a 1012-square-metre lot and features two bedrooms, a rear sunroom and laundry, as well as a combined kitchen and dining area. 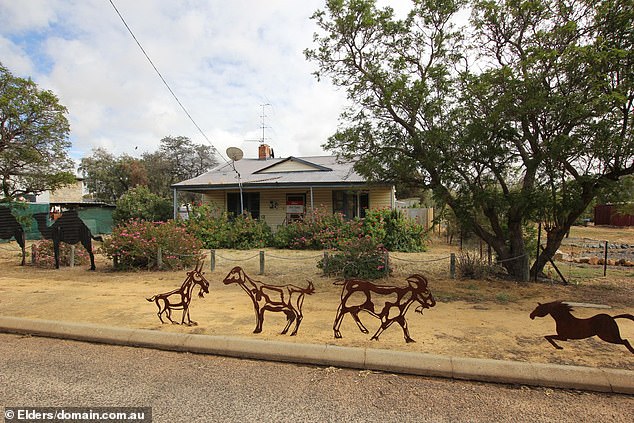 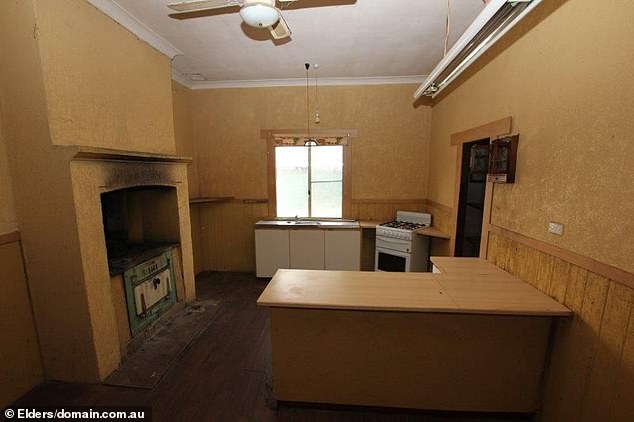 As the incredibly low price tag suggests, the home needs a lot of work

Elders agent Will Morris told Domain: ‘It’s got some challenges – it’s a bit unloved – but it’s a great opportunity for someone to buy a cheap property and improve it.’

Mr Morris said he had interest in the property within two days of it being listed.

What Disney World will look like when it reopens: Rooms unlocked with apps and partitions on rides

What Disney World will look like when it reopens: Rooms unlocked...