All my grown-up life, I’ve prided myself on being something of a non-conformist — a maverick unafraid to question and challenge the conventional wisdom and conduct of the herd.

It wasn’t always so. To my deep embarrassment, somewhere there exists a photograph of me, aged about 15, on a school trip to Greece, circa 1969. I hope no one ever unearths it.

In it, I’m wearing a pair of skin-tight, duck-egg-blue flared trousers — the last word in fashion at the time. 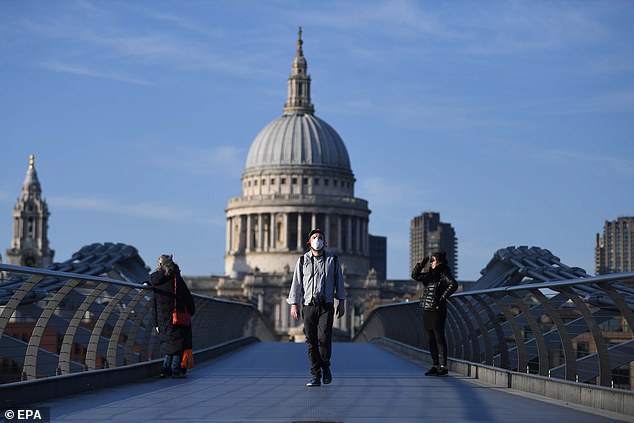 All my grown-up life, I’ve prided myself on being something of a non-conformist

My longish hair is parted in the middle, John Lennon-style, as I stare moodily at the camera in front of the Temple of Apollo at Delphi.

This toe-curling snap was taken at a stage in my life when, like teenagers through the ages, I wanted nothing more than to fit in with my contemporaries — to look the same, think the same and follow the same trends.

Indeed, fast forward to the Millennium, and my own sons displayed the same yearning to conform. It mystified me that all four of them — tall, athletic and slim — insisted on wearing baggy jeans hanging half-way down their bottoms, displaying their underpants to the world.

They had to waddle, bandy-legged, to keep their trousers up — making themselves look about as absurd and unattractive, I reckoned, as they could possibly contrive.

But, hey, this was the jailhouse chic of the time, and all their friends dressed in exactly the same way. By following the herd, they looked every bit as ridiculous as I did in my duck-egg flares.

But as I say, my attitude changed when I reached adulthood. From my university days onwards, I became increasingly suspicious of the group-think of my generation of the metropolitan classes, and less afraid to be seen to be different.

While the great majority of my university contemporaries were Lefties of varying shades of red, my own sympathies leaned towards the Tories. 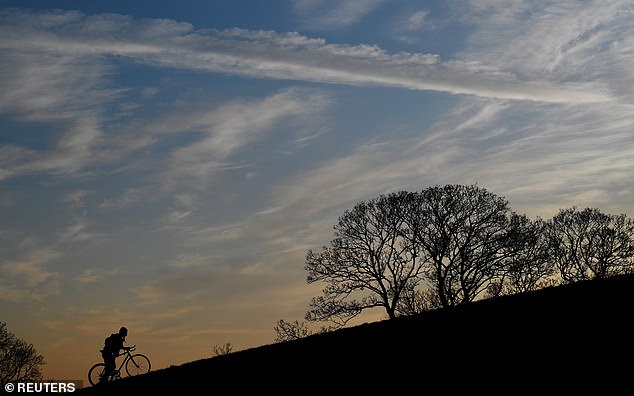 Now that governments the world over have staked the farm on the lockdown strategy, this is no time for mavericks

More from Tom Utley for the Daily Mail…

I preferred Mozart to the Stones, M&S cords to Levi’s (I must be one of very few of my generation who have never owned a pair of blue jeans), Burke to Marx and Jane Austen to Jack Kerouac.

Surrounded by Europhiles, I was a Eurosceptic from the moment we joined the EU. I was a passionate anti-abortionist among Woman’s Right-to-Choosers, a climate-change doubter (I’m less so now) among eco-warriors, a firm believer in individual freedom among advocates of state intervention.

Indeed, as often as not it turned out that the independent-thinking minority, who dared to take a different view, had the right idea.

Think of the massed ranks of economists who swore that Margaret Thatcher’s monetarism would stifle growth, and later assured us that the ruinous Single European Currency would bring prosperity to all who joined it.

Or consider the near universal consensus of the intellectual elite at the start of Ronald Reagan’s term in office. Almost to a man and woman, they said the new president would prove an unmitigated disaster.

As it turned out, he is remembered as one of the most impressive leaders in US history, the man who paved the way for bringing down the Berlin Wall.

Which brings me to these extraordinary times, in which almost the entire global economy has been shut down, with the state intervening in our lives on a scale unprecedented in peacetime.

And all this on the say-so of an overwhelming majority of experts. So are the epidemiologists right, or are they wrong, to tell us this is the only responsible course, whatever the cost?

Having no scientific training, I have absolutely no idea of the answer. 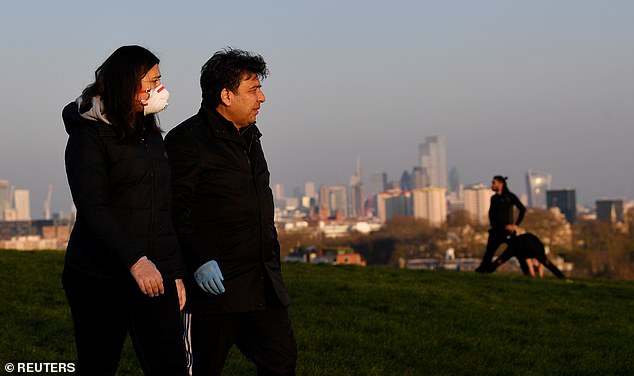 We have surrendered the freedoms we’ve enjoyed for decades. And all in the service of the public good

It is certainly possible that they have it right when they say that nothing short of the measures being taken can save humanity from a tsunami of deaths.

On the other hand, it is possible that the tiny minority of dissenters may have a point when they argue that the lockdown is likely to cause more suffering than the virus (though the thousands of families already mourning the deaths of their loved ones will certainly take a different view).

But on one thing I am absolutely clear: now that governments the world over have staked the farm on the lockdown strategy, this is no time for mavericks.

The onus is on every one of us to suspend our reservations, bow to the conventional wisdom, put our trust in the experts and pray that they have got it right.

The time for arguing about policy will be after this nightmare is over. For now, we have no morally acceptable choice but to follow the Chief Medical Officer’s advice, and the state’s instructions, to the letter.

True, it took some of us a day or two for the message to sink in fully — and I am in no position to point the finger, having paid a last visit to a pub (though it was all but deserted) only ten days ago.

But what has impressed me most is how quickly the vast majority of us have fallen in.

Reluctantly but obediently — with many enduring privations vastly greater than mine — we have surrendered the freedoms we’ve enjoyed for decades. And all in the service of the public good.

Most impressive of all, of course, are the NHS staff, emergency services and shopworkers who are setting fears for themselves aside in the interests of the rest of us — and the hundreds of thousands of volunteers who have answered the call to help those in the greatest need.

Among them, I’m proud to say, is one of my sons who is helping out at a food bank. His only complaint is recipients are so grateful that they instinctively try to shake his hand!

It is moving to see how patiently people queue outside the shops, being careful to keep their distance, how courteously they step aside to avoid close proximity in the park and with how little complaint families endure so much, cooped up with children in small, garden-less flats.

Yes, some things irritate me acutely. I don’t like the way the broadcasting media in particular have swung into full, wartime propaganda mode, constantly lecturing us to obey our orders, while playing down any uncomfortable facts that may undermine morale or compliance.

For example, though we all know that most of the dead have been elderly or previously sick, the broadcasters ceaselessly highlight the younger victims of the virus, with the aim of drumming it into the under-30s that they’re at risk too.

Yet I see that even this is probably necessary if the lockdown strategy is to succeed (though I draw the line at the way Riz Lateef has taken to signing off the BBC London news with the patronising little homily: ‘Look after each other, be kind and stay safe.’)

But let me end with one little vignette of the way I’ve changed over this past, bleak fortnight.

On my once-a-day walk with the dog in the near-empty park on Wednesday, a youth on a bicycle passed close by the man a few yards in front of me, who was holding his child’s hand.

The father shouted after the cyclist: ‘Oi! Two metres!’

Just a couple of weeks ago, with my non-conformist instincts, I would have dismissed this as an officiously bossy overreaction.

In the park on Wednesday I thought: ‘Well said, mate. You tell him!’

It seems the anti-authoritarian in me is now dormant. Until this horror ends, I’ll be a fully paid-up member of the submissive herd.

Did coronavirus leak from a research lab in Wuhan?Startling new theory is ‘no longer discounted’

Dr. Fauci revealed his fears of a ‘surprise outbreak’ three YEARS before the pandemic

Did coronavirus leak from a research lab in Wuhan?Startling new theory...