Party like it’s 2019: Australian travellers in strict hotel quarantine are seen RAVING together in Darwin – putting thousands at risk in clear breach of coronavirus rules

Shocking video has emerged of a group of overseas travellers raving in hotel quarantine as police are called in to question the dangerous breach.

The clip was shared to social media app TikTok showing partygoers at the Howard Springs quarantine facility in the Northern Territory.

Video captured the group of 20 people dancing and mingling, despite being obliged to stay in their rooms, with only some people taking the precaution of face masks.

People appeared to be clustered less than 1.5 metres apart, in a flagrant breach of social distancing requirements.

Victoria’s horror second wave of coronavirus, which lead to 809 deaths and 20,247 cases so far, began after breaches among returned travellers in such hotels. 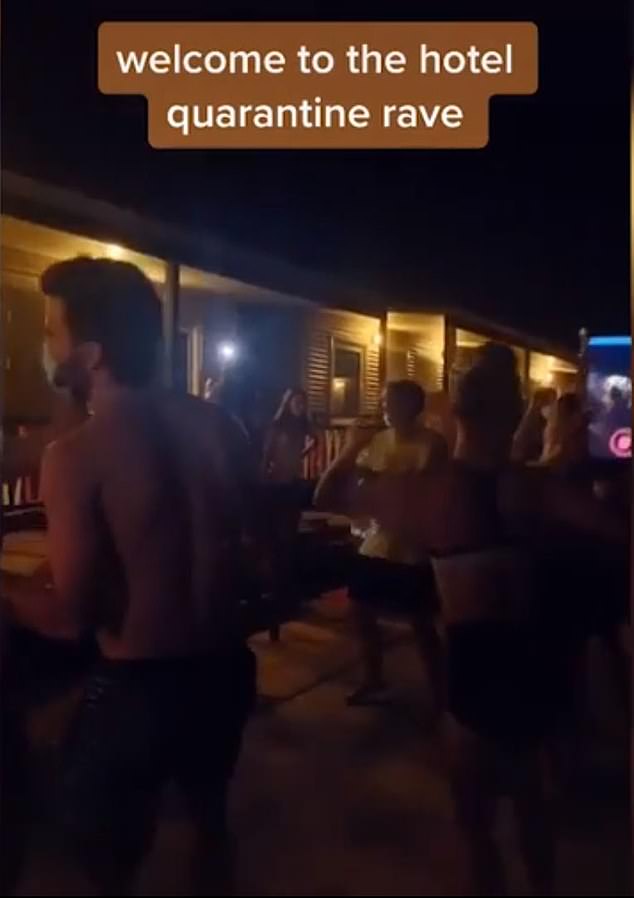 Other social media clips from the facility show people sitting on their porch while their laundry dries or going to the vending machine near their room.

The head of the Australian Medical Association in NT, Dr Rob Parker, has slammed the actions of the group.

‘Quarantine is quarantine, it’s not a holiday,’ Dr Parker told the ABC.

He said this video may be the ‘tip of the iceberg’ when it comes to poor behaviour at the facility.

‘This bug is potentially very dangerous, and we have a very vulnerable population [in the Northern Territory],’ he said.

‘People should be sticking to their pods.’

NT has recorded no new coronavirus cases in 68 days, with not a single infection recorded among its remote indigenous communities.

As a result, Territorians have enjoyed months of no coronavirus restrictions at all, with pubs full and people allowed to stand with a beer.

More than 738 people are quarantined in the Northern Territory since COVID-19 began.

Australians returning to the country from overseas have been required to quarantine in hotels, originally paid for by the government but now costing the traveller, since March 22.

The emergence of the video comes as NT’s chief health officer Dr Charles Pain announced that from 12.01am October 9, Greater Sydney would no longer be deemed a hot spot.

That meant people flying to the territory from New South Wales would no longer have to take mandatory quarantine upon arrival. 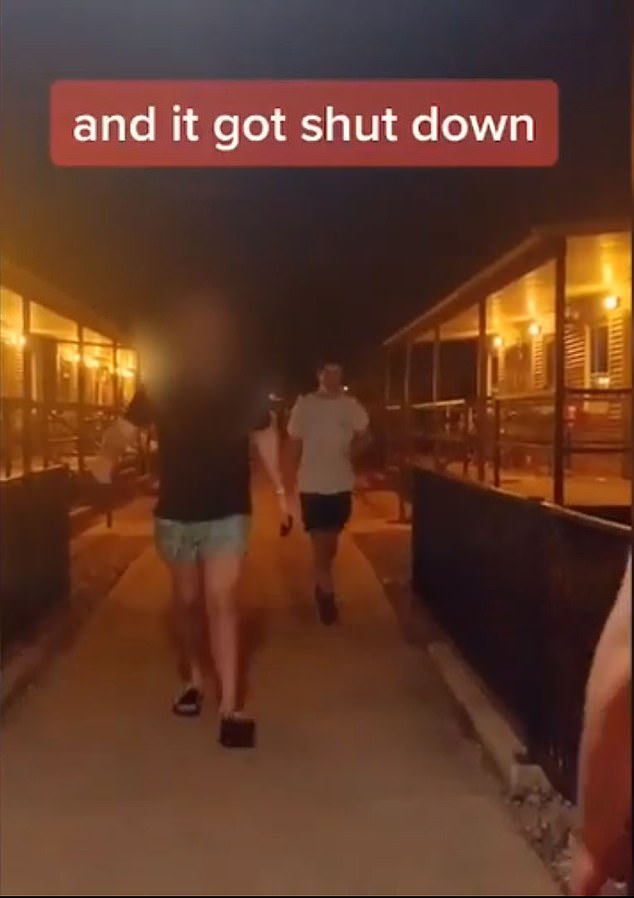 Video captured the group of 20 people dancing in the middle of the night with only some people taking the precaution of face masks (pictured, the rave being shut down)

Dr Pain said he would be monitoring the newly emerging cases across Sydney – particularly across the south west.

‘The New South Wales Chief Health Officer briefed the Australian Health Protection Principal Committee (AHPPC) today in detail on the current cases in Greater Sydney, and has demonstrated that they are connected and that there are no unexplained COVID-19 cases at this stage,’ Dr Pain said.

‘I am also confident in the thorough testing and contact tracing response in NSW, and that this outbreak is contained. With this advice presented to the AHPPC, and our own review of the evidence, I remain confident about revoking Greater Sydney as a hot spot from tomorrow.’

Daily Mail Australia contacted NT Health for comment, who declined to comment due to the ongoing police investigation.

Brits are spending THOUSANDS on ‘wall fires’ adapting to Tier 2...

Helping them out in Darjeeling at night |Tourists|