Two people shouting Islamist slogans have been arrested after they smashed a car into Barcelona’s airport.

No explosives were found in the vehicle which was driven into El Prat airport’s terminal one around 5am.

Spanish investigators have not ruled out any theories over the drivers motives, regional police chief Eduard Sallent told a news conference. Both are from Albania.

No injuries have been reported due to the incident.

Spain remains in a state of emergency due to coronavirus, as authorities grapple to contain the pathogen. It is the second worst affected country in Europe. 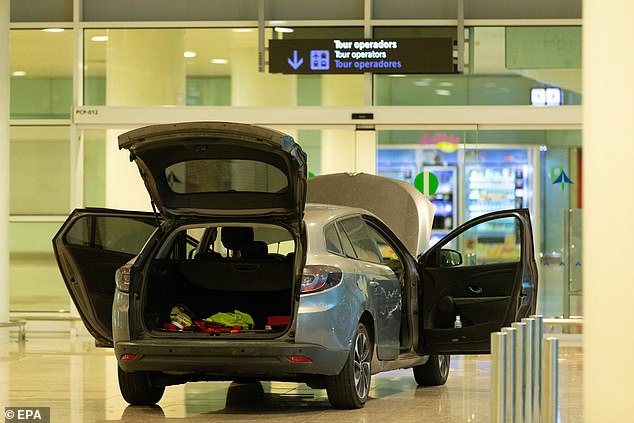 A vehicle pictured inside Barcelona airport’s terminal one this morning. Police said the incident did not cause any injuries 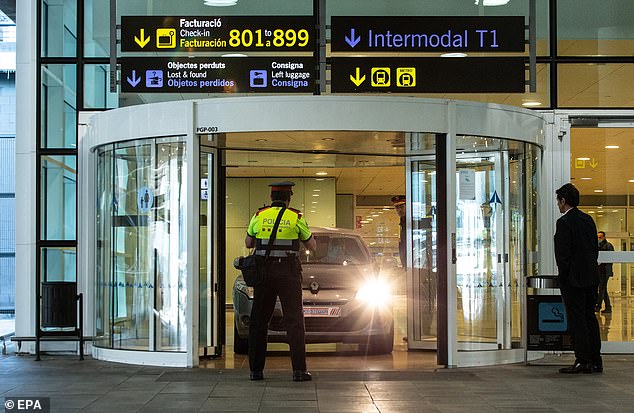 The vehicle pictured being driven out of terminal one. Police said no explosives were found inside the car 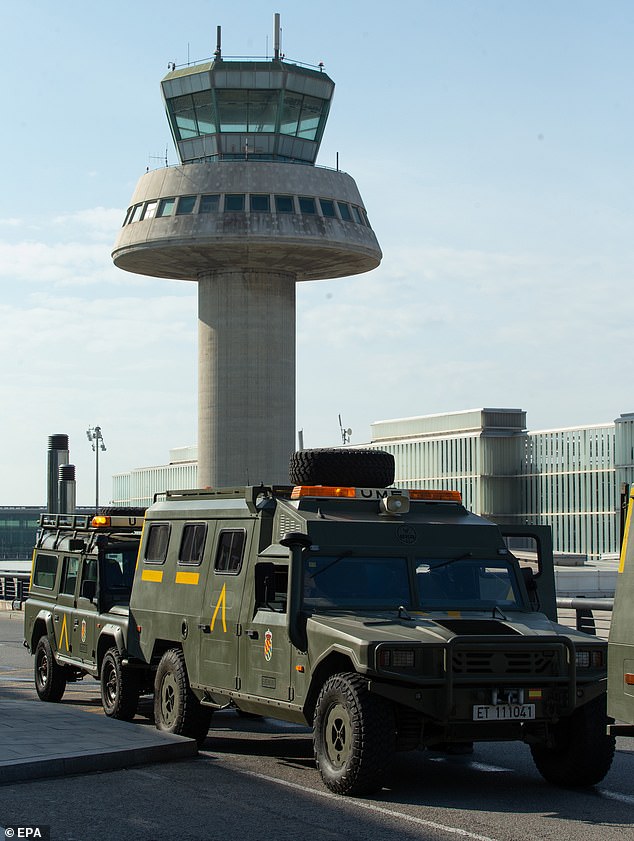 The grey vehicle, believed to be a Renault Megane, is shown with its two front doors, boot and bonnet open in pictures from the airport terminal.

Photographs also show a line of Spanish military vehicles parked outside the airport, which were called to the scene.

A later image shows the car being driven through disabled revolving doors out of terminal one’s entrance.

The usually bustling airport has seen many flights cancelled or re-scheduled due to the coronavirus outbreak.

There were flights to Amsterdam due to depart at 6am, according to the airport’s website, a flight to Paris at 6.35am and flights to Las Palmas at 6.45am.

Spaniards have been banned from leaving their homes to stop the spread of the disease, except to buy essentials.

Tourists have also been asked to leave the country by prime minister Pedro Sanchez. 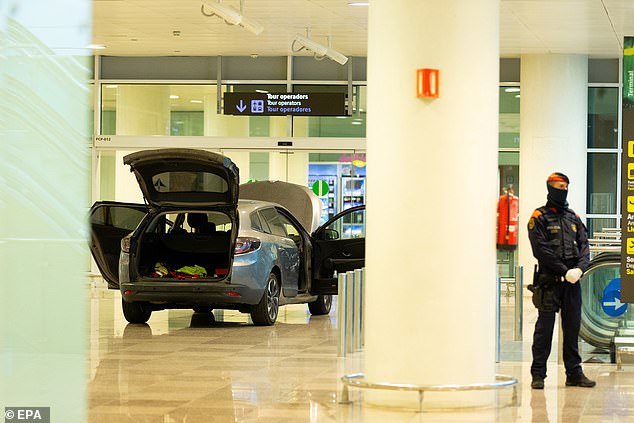 The car pictured inside Barcelona airport’s terminal one this morning 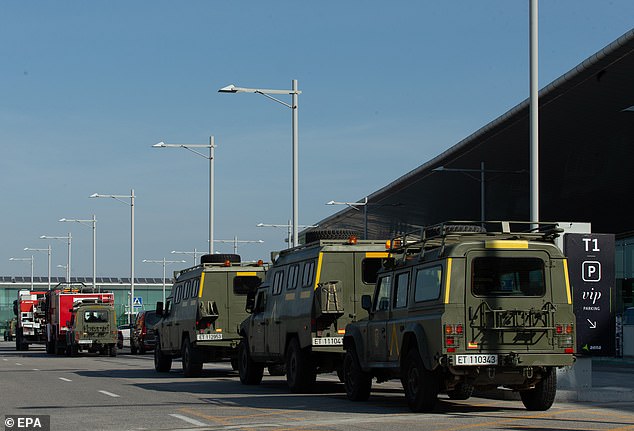 Several Spanish army vehicles at the airport. It is also being disinfected by the military

Donald Trump sends 200 ventilators to the UK after London called...

How to get fab fruit at your fingertips with MONTY DON’s...