‘Any decision has to be based on the data’: Dr Fauci again throws cold water on Trump’s proposal to reopen the economy by Easter

By Keith Griffith For Dailymail.com

‘I think what the President was trying to do, he was making an aspirational projection to give people some hope,’ Fauci said of the proposed April 12 target date on CNN Thursday night.

‘But he’s listening to us when we say that we’ve really got to reevaluate it in real time, and any decision we make has to be based on the data,’ Fauci continued. 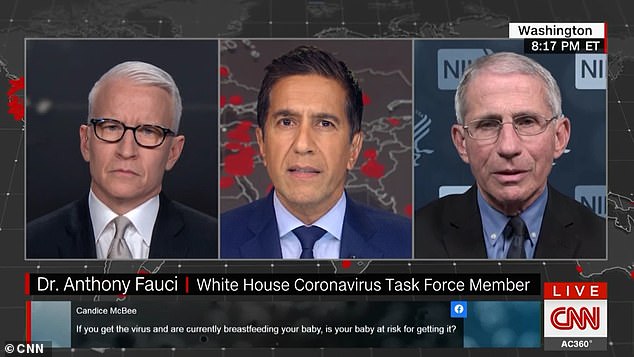 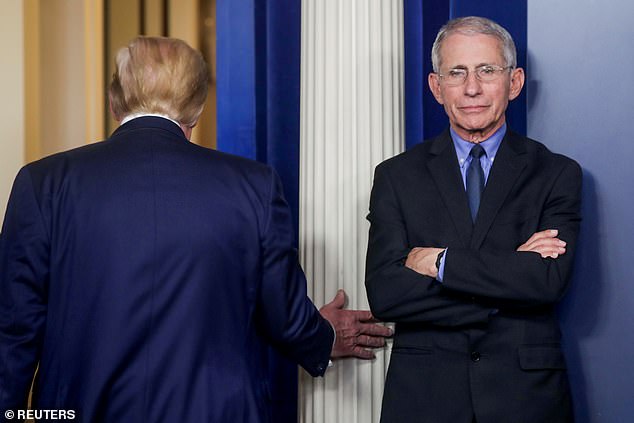 Trump departs after addressing the coronavirus task force daily briefing as Dr. Anthony Fauci, director of the National Institute of Allergy and Infectious Diseases, stands by

Trump had previously set Easter, April 12, as a goal for reopening the U.S. economy, though he also has said he will be guided by his public health experts, and suggested that different timelines would be appropriate in different locations.

Fauci had previously warned that data on the outbreak had to be interpreted day-by-day before any predictions could be made about lifting the shutdowns.

Many health experts warn that unless Americans continue to dramatically limit social interaction by staying home from work and isolating themselves, the number of infections will overwhelm the health care system.

New figures released on Thursday show that the U.S. has overtaken China and Italy with the number of confirmed cases in the global pandemic. 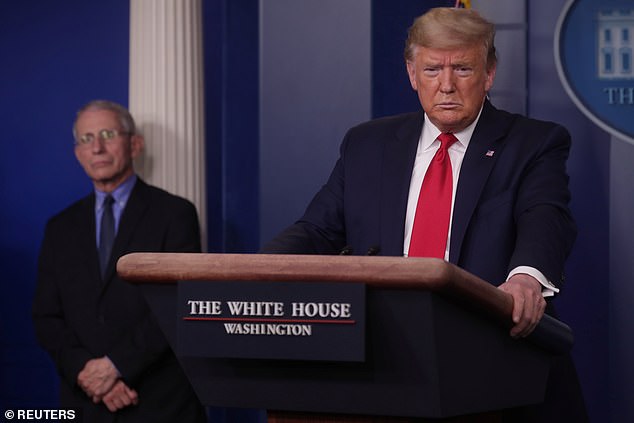 Fauci stand by at Trump’s press conference on Thursday. ‘Any decision we make has to be based on the data,’ Fauci said 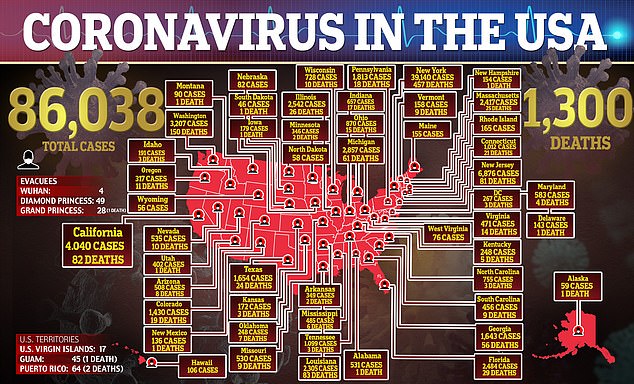 Italy is still the hardest hit country in terms of deaths with more than 8,000 fatalities. China, where the pandemic began in December, has recorded more than 3,000 deaths.

The number of coronavirus infections have now topped a half-million worldwide.

But the president argued Thursday that Americans are ready to go back to work.

‘We have to get back to work. Our people want to work. They want to go back. They have to go back and we’re going to be talking about dates,’ he said.

Trump has advocated for a return to normalcy as his original 15 day recommendations – which advised no social gatherings over 10 people – to stop the spread of the coronavirus will expire early next week.

The president down played concerns from some medical experts that more time may be needed to ensure the virus has been contained. And he argued that people would still be practicing social distancing and hand washing.

‘Maybe people won’t be shaking hands anymore,’ he said. ‘The regular flu would be cut down by quite a bit if we didn’t shake hands. You have a lot of deaths with that. When we are open, that doesn’t mean you will be stop the guidelines. You will still distance yourself. But the timing is coming.’

Despite Trump’s rhetoric, his authority to end state and local lockdowns is negligible.

Under the Constitution, states have the power and responsibility for maintaining public order and safety.

Since the outbreak began, decisions about limiting social interactions by ordering people to shelter in place, closing businesses and shutting schools have been made by governors and local officials.

Those same officials will make the call about when to ease up, no matter the vehemence of Trump’s exhortation to have businesses ‘opened up and just raring to go by Easter.’

Coronavirus: Manny Pacquiao says he has tested NEGATIVE after contact with stricken politician

Coronavirus: Manny Pacquiao says he has tested NEGATIVE after contact with...