A new witness has claimed he saw a killer husband burning a mystery item wrapped in a rug after his wife vanished 35 years ago.

Russell Causley, who still refuses to reveal where he hid his partner’s body, could be freed as early as today after a last-ditch appeal to keep him behind bars failed.

The 78-year-old murderer who killed his wife Carole Packman, 40, in Bournemouth in 1985, evaded justice for almost a decade after she went missing.

Now, witness Jay Fellows has said he was cycling through the New Forest at the time as a teenager when he saw a rug wrapped around an item being burned at a firepit.

Mr Fellows, 49, told the Daily Mirror he is ‘100 per cent sure’ that the man he saw was Causley after seeing photos of him in an ITV documentary on the case in 2017. 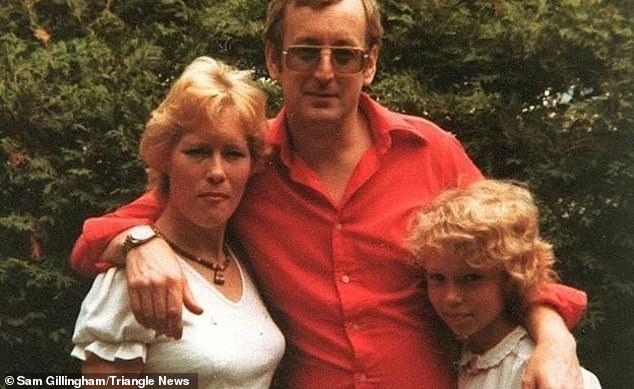 Russell Causley (centre) with his wife Carole Packman (left) and daughter Sam Gillingham (right). The 78-year-old murderer killed his wife when she was 40 in Bournemouth in 1985 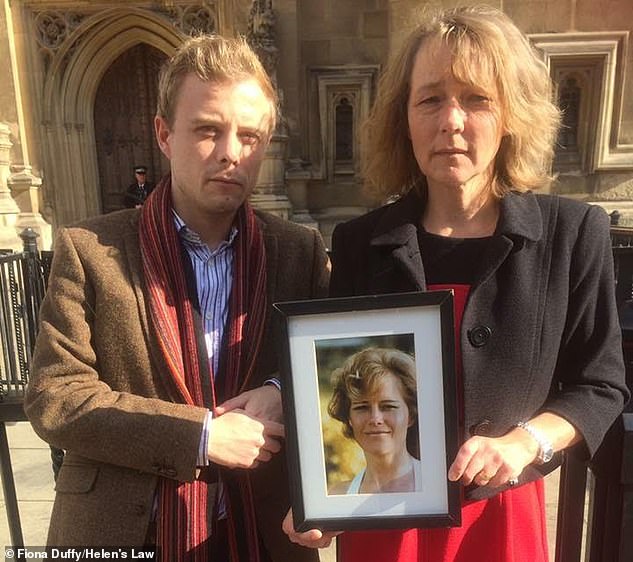 He led officers to the scene, but police said the evidence was insufficient for them to excavate despite Mrs Packham’s daughter Sam Gillingham, 51, urging them to do so.

Former aircraft engineer Causley was only caught by police when he made a botched attempt to fake his own death as part of an elaborate insurance fraud.

What happened to Carole Packman?

Carole Packman disappeared from her family home in Bournemouth in 1985.

Her daughter Sam Gillingham, then 16, came home from school to find a note, supposedly from her mother, along with her wedding ring.  The letter said that she was leaving their family.

The year before, Causley moved his lover Patricia Causley into the house and later changed his surname to hers.

It was not until 10 years later, when Causley was jailed for two years for trying to fake his death in a boating accident that he was found guilty of her murder.   He allegedly made a jail cell confession, telling of the ‘perfect’ murder of his ‘b**** wife’.

Police reopened their investigation into his wife’s disappearance.

In 2004, he was found guilty at a retrial after his sister said she had heard him admit the killing.

Now aged 78, he was the first killer in British legal history to be found guilty without his victim’s body ever being found.

The judgment was quashed by the Court of Appeal before a retrial was ordered in 2004, which saw Causley found guilty and jailed for the murder for a second time.

In recent years Causley has offered differing accounts on what he did with his wife’s body before retracting them. He failed to get parole at a hearing in 2014, but he is now set to be released as early as today.

Causley was twice jailed for Mrs Packham’s murder – in 1996 and, after a quashed conviction, again in 2004.

The killer, who is currently being held at HMP Littlehey in Cambridgeshire, was the first person in British legal history to be convicted of murder without a body.

Mr Fellows told the Mirror: ‘I recognised his ginger hair and his sideburns – it was definitely him. I am as certain as I can be of anything in my life that Causley was at that spot.

‘I used to think what that guy was doing wasn’t normal. I even remember the sunlight flickering through the trees.

‘Russell knows there are two people in the world who know where she is – and that is him and me.’

Ms Gillingham said the sighting by Mr Fellows near Ringwood in Hampshire in July or August ‘fits with the timings and locations’.

She added: ‘I remember coming to Ringwood as a family to walk the dogs and climb trees. Police should at least rule it out and set my mind at rest.’

But detectives said the dates given by Mr Fellows, who is a now campsite manager on Jersey, were inconsistent with Mrs Packham’s disappearance on June 15.

And a Dorset Police spokesman said: ‘The area identified did not resemble the area that existed at the time.’

Justice Secretary Robert Buckland had asked the Parole Board to reconsider its decision last month to release Causley.

But yesterday the Parole Board said a senior judge had reviewed the case and had concluded the original panel had been right to recommend Causley’s release.

They said he was in poor health and unlikely to be able to cause harm.

Neil Gillingham, 30, the grandson of Mrs Packman, who was also known as Veronica, labelled the Parole Board’s decision to release him ‘moronic and nonsensical’.

He said last night: ‘The Parole Board seem to be intent on turning my family’s lives upside down. It is absolutely nonsensical and I am so angry it has come to this. 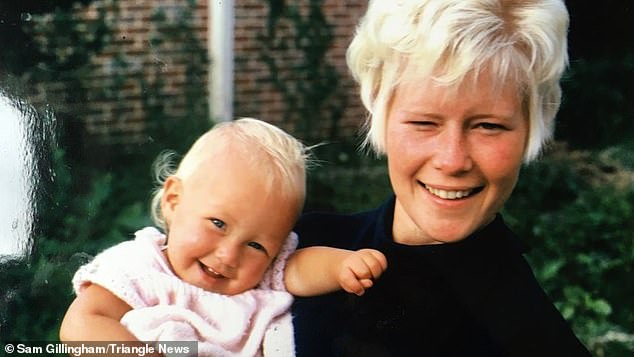 ‘The original decision to grant Causley parole was irrational – their reasons are completely laughable, including the fact that he is now in his 70s and has had three heart attacks.

‘My mum is in tears and feels like she’s failed her own mother. She hasn’t – our family have been failed by the shambles of a system.

‘In all honesty I never expected the appeal to be successful because the police and the Parole Board have completely let us down so often.’

Last month the Parole Board found that, while Causley’s refusal to reveal the whereabouts of Mrs Packman’s remains was ‘heartless’, it did not increase his risk to the public. 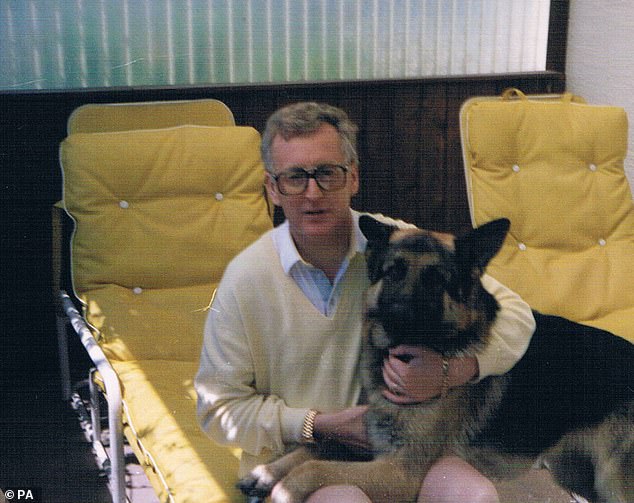 Mr Buckland appealed the decision, but yesterday the Board confirmed it was standing by the ruling after reviewing the evidence, insisting that Ministry of Justice officials supported the release.

Mrs Packman mysteriously disappeared from her marital home the day after she had been to see a solicitor about divorcing her husband in the summer of 1985.

By then Causley had moved his mistress into the house to live with the family.

The mistress even posed as Mrs Packman in an attempt to convince the police she was still alive. 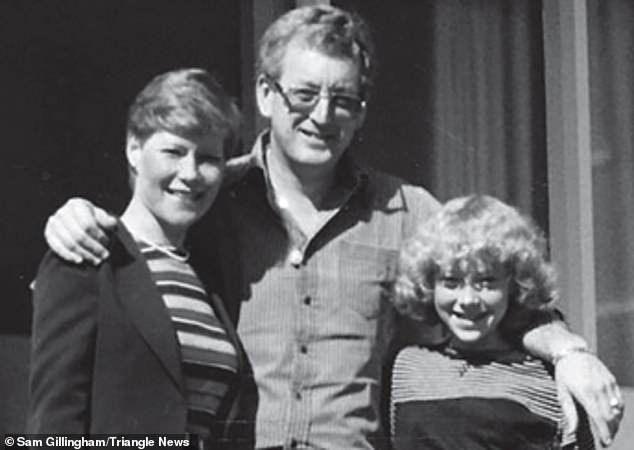 Over the years Causley, who has been eligible for parole since 2012, has repeatedly changed his account of what happened to his wife.

He has claimed that he burnt her body and scattered her ashes at various locations in Bournemouth but later retracted that statement.

A spokesman for the Parole Board said they had ‘immense sympathy’ for families of victims who have never been found, but added: ‘A senior judge of the Parole Board has rejected the application for reconsideration and found that the decision of the original panel was a rational one, with ample evidence on which the panel could base its decision.

‘In rejecting reconsideration the judicial member of the Board commented that the panel were entitled to consider that the prisoner’s age and poor health were likely to reduce the risk of causing serious harm.’

Prince Charles is set to encourage people to take action against...

Deputy headmaster’s estranged wife, 60, dug her nails into his arm...