‘You don’t plan on your husband of 27 years trying to kill you’: Woman whose spouse ‘rigged tripwire across the top of their basement stairs says she only survived because she fell backwards’

By Matthew Wright For Dailymail.com 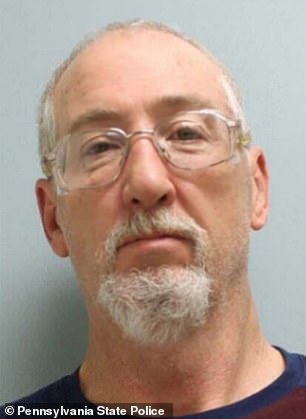 The wife of the Pennsylvanian man who tried to kill her by rigging a tripwire at the top of their stairs only survived the near death experience because she fell backwards, the woman shared.

‘I’m a mess,’ 59-year-old Laura Dankesreiter, explained to Fox News. ‘You don’t plan on your husband of 27 years trying to kill you.’

Pennsylvania State Police shared that the woman’s husband, William Joseph Dankesreiter Jr, used metal eye hooks secured to a fishing line about three inches above the carpet to try to trip his wife up.

Laura shared that she did trip but managed not to fall forward.

‘I am very fortunate,’ she said. ‘I went backward instead of forward.’

‘If I went forward I probably wouldn’t be here today.’

William Joseph Dankesreiter Jr, a 60-year-old from Derry Township, was charged with attempted murder and has been held on $500,000 bond.

The intended target was the man’s 59-year-old wife, according to the Pennsylvania State Police.

‘Mr. Dankesreiter put a tripwire at the top of the steps,’ trooper Stephen Limani explained to KDKA.

Police said that the man tried to use a fishing line to kill the woman. While she tripped, she managed to quickly save herself.

‘If she had fallen, there were about 10 steps she would have fallen down and there is a small landing area. And then another few steps, she would have been landing on concrete. I can only imagine how catastrophic her injuries would be,’ Limani added.

Laura Dankesreiter told authorities that it wasn’t the first time that her husband tried to hurt her. 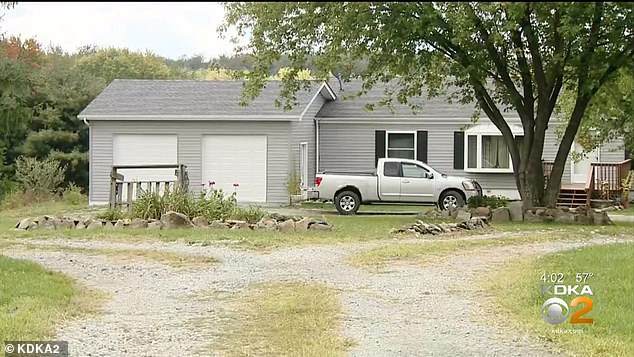 ‘That’s one of the things with domestic violence,’ Limani said, ‘it usually increases. It starts at a low level, with verbal abuse, and escalates to physical violence.’

As troopers were talking to the woman, the suspect pulled up to the home in his pickup truck.

‘It was obviously thought through,’ Limani said. ‘I don’t know how long he was thinking this through. You could definitely see there was a line tied across. There was nothing accidental about this.’

Laura has filed a protection from abuse order from her husband.

Police currently do not have a motive.