FootTheBall presents the key highlights from the top games witnessed in matchday three of Bundesliga 2020/21. 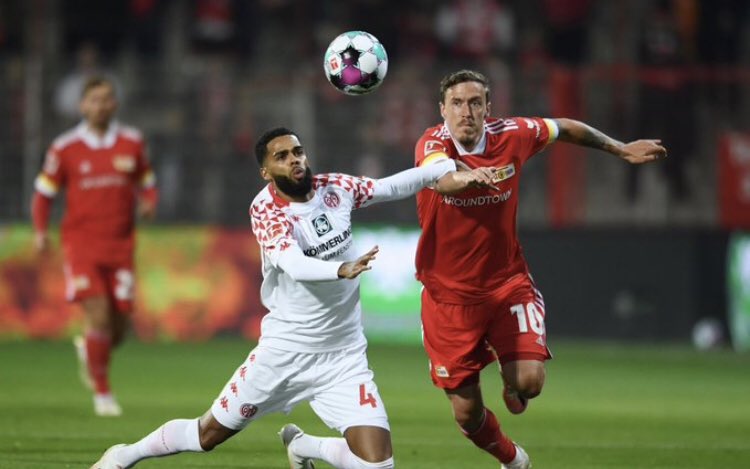 The Iron Ones had a slow start to the season with one point in two games. Matchday three of the Bundesliga 2020/21 saw a change in Union’s momentum. Urs Fischer and co. hosted Mainz. Max Kruse started the game for Union in a 3-4-2-1 structure. Marcus Ingvartsen also received Fischer’s approval to play in the starting eleven. The visitors had Phillip Mwene operating in a right-back role following the departure of Ridle Baku to Vfl Wolfsburg. Moussa Niakhate was suspended for the game. Jan-Moritz Lichte picked Alexander Hack to play alongside Jerry St. Juste in the heart of the defense.

Both teams toiled hard for the opening ten minutes of the game. Max Kruse got the first goal of the game for the hosts. Mwene lost the ball in an aerial duel and Union gathered in numbers around Mainz’s box. The ball was finally delivered via a cross from Sheraldo Becker and Max Kruse headed it home to make it one-nil. The German striker got another chance in the 27th minute to double the lead. A mistimed header from Hack gave Becker the room to collect the ball and launch a counter-attack. He curled a beautiful cross for Kruse whose shot went for the stars.

Three minutes later, Nico Schlotterbeck got a big chance to add his name to the scoresheet. It was a result of an underlapping run that saw Schlotterbeck testing Robin Zentner from an acute angle inside the box. Union’s tactics to hold Mainz in their midfield press was spot on. The hosts dominated the space and created better chances.

The second goal had been coming for a long time. Marcus Ingvartsen made it two-nil, four minutes after the break. Union’s captain, Christopher Trimmel swung in a breathtaking diagonal cross from the right flank – thirty odd yards from the goal. Ingvartsen got a simple touch and slotted the ball into the back of the net. Trimmel got another assist when Marvin Friedrich connected his head on a set-piece delivery. Joel Pohjanpalo came off the bench to score Union’s fourth, a minute after Friedrich’s goal. 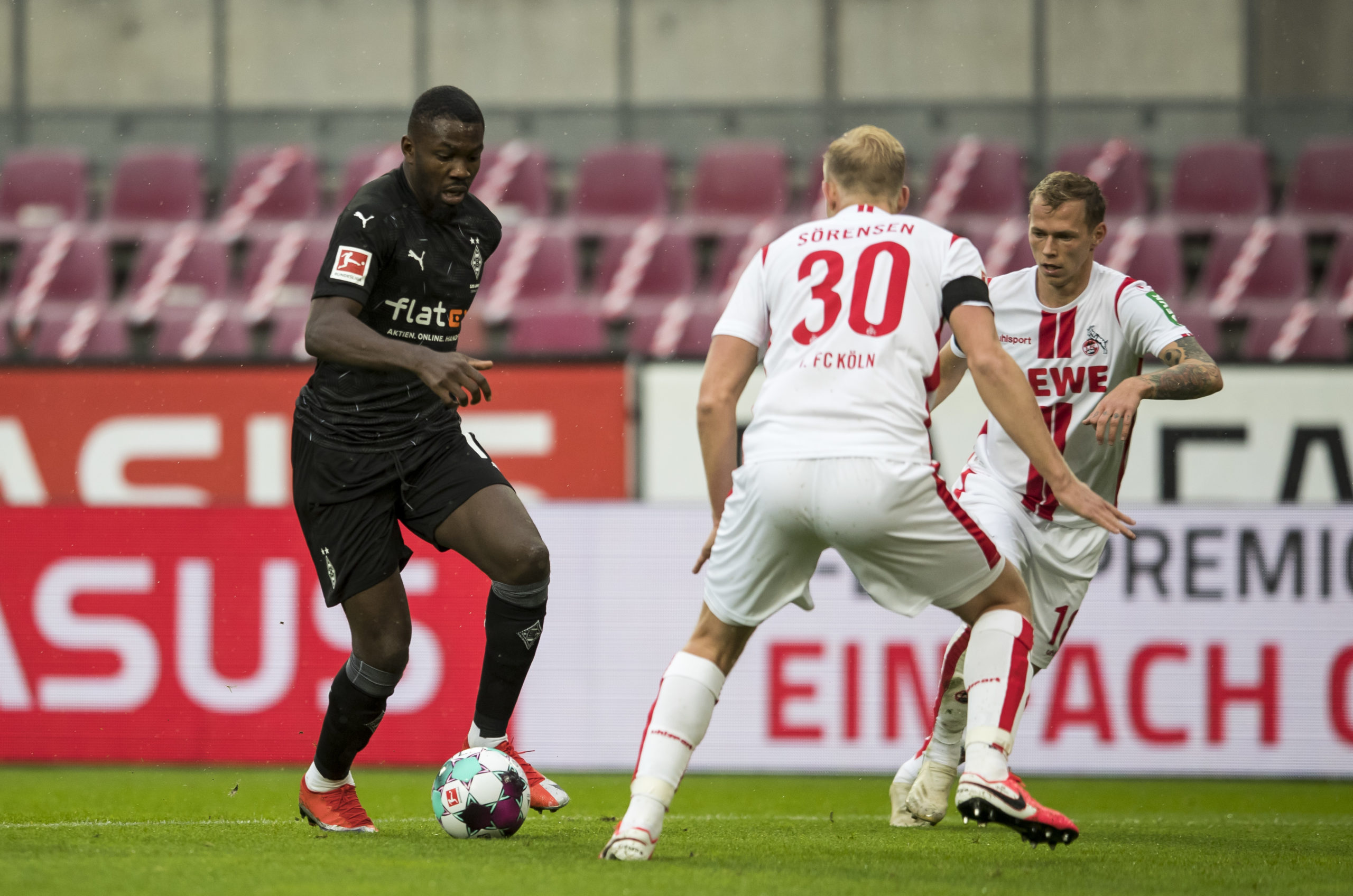 The first Rhineland derby of the Bundesliga season 2020/21 took place in Effzeh’s backyard. Marco Rose is finally close to lining his regular starting eleven. Breel Embolo made a substitute appearance in the second half. Rose deployed a familiar 4-2-3-1 with Alassane Plea leading the attack as the centre-forward. Timo Horn wore the captain armband for the hosts as Jonas Hector was out with an injury. Markus Gisdol used a three-man defensive system, aiming to emulate Dortmund’s feat witnessed in matchday one.

The Foals were effective with their midfield overload strategy. Lars Stindl and Jonas Hofmann dropped in between Koln’s lines to facilitate the build-up. Consequently, Gladbach began knocking on Koln’s door from the fourth minute. Hofmann was denied by Horn before Ramy Bensebaini acted on the rebound served by Marcus Thuram only to see the ball go wide of the right post of the goal. Horn made another heroic save in the sixth minute. Matthias Ginter delivered an exquisite long-pass, spotting Thuram’s run in the final-third.  Horn slid forward and blocked Thuram’s attempt to maintain his clean-sheet.

However, Effzeh’s skipper could not keep the ball out for a very long time. Alassane Plea got the first goal of the game. It was another astute long-pass – this time from Nico Elvedi. Hofmann was on the receiving end as he collected the ball, took out two defenders with him, and passed the ball on the turn for Plea in space behind. The Frenchman somehow managed to score after initially losing the ball from Hofmann’s target region.

The 28-year old German attacker got another assist in the 14th minute. An outswing corner-kick from Hofmann at the near post was squeezed in by Stefan Lainer. The goal probability for such a header displayed 3% on the Bundesliga’s match fact meter.

A minute later, Sebastian Andersson missed a golden opportunity to pull one back for his side. A heavy touch from Yann Sommer gave Andersson the room to aim for the left corner of the goal. The Koln forward was unlucky to see his attempt hit the woodwork.

Gladbach’s domination saw them but the game to bed with four minutes remaining in an hour. Thuram won a penalty and Stindl got his name on the scoreboard.

The hosts scored a consolation goal albeit it was too late for a comeback. Elvis Rexhbecaj drove the ball in the bottom right corner with a thunderous long-range striker from outside the box.

A week after rattling the reigning Bundesliga champions, TSG Hoffenheim took a step back in matchday three. Sebastian Hoeness visited the Commerzbank-Arena with his cavalry. The visitors made two changes from their previous fixture. Robert Skov started as the left wing-back whereas Kevin Akpoguma made it to the back-three to replace an injured Ermin Bicakcic. Florian Grillitsch was named in the midfield trio featuring Christoph Baumgartner and Dennis Geiger. Adi Hutter made a single change. Steven Zuber filled in for Filip Kostic, who suffered from an injury against Hertha Berlin in the preceding matchday.

Andrej Kramaric continued from where he left off. With 18 minutes into the game, Kramaric went for the top right corner of the goal in Eintracht’s crowded box. Kevin Trapp made a full stretched attempt to save it but could do nothing about it. That is now six goals in three games for Kramaric.

He's top of the goalscoring chart this season

So, what's the secret, @andrejkramaric9?

With almost ten minutes remaining in the first 45 minutes of the game, Kramaric and Munas Dabbur forced two saves from Trapp inside the six-yard box. Hoffenheim owned the first half having taken six shots compared with Eintracht’s three.

The Eagles upped their game in the second half. Daichi Kamada sprinted towards the six-yard box to consummate Bas Dost’s key pass aimed at the far post. Akpoguma was initially at fault for leaving Dost unmarked behind him. Zuber was quick to spot the mistake as he delivered a pin-point diagonal cross to the Dutch striker.

The former Sporting Lisbon forward completed Eintracht’s comeback, 20 minutes before the full-time whistle. Baumgartner conceded possession to Almamy Toure with Hoffenheim exposed in a 4-v-3 situation. Kamada used his dazzling feet to dribble past three defenders in the aftermath as he squared the ball for Andre Silva to tap in an empty net. Akpoguma somehow managed to put his foot on the line. Nonetheless, Silva fought bravely to keep possession and laid the ball off to Dost who scored. 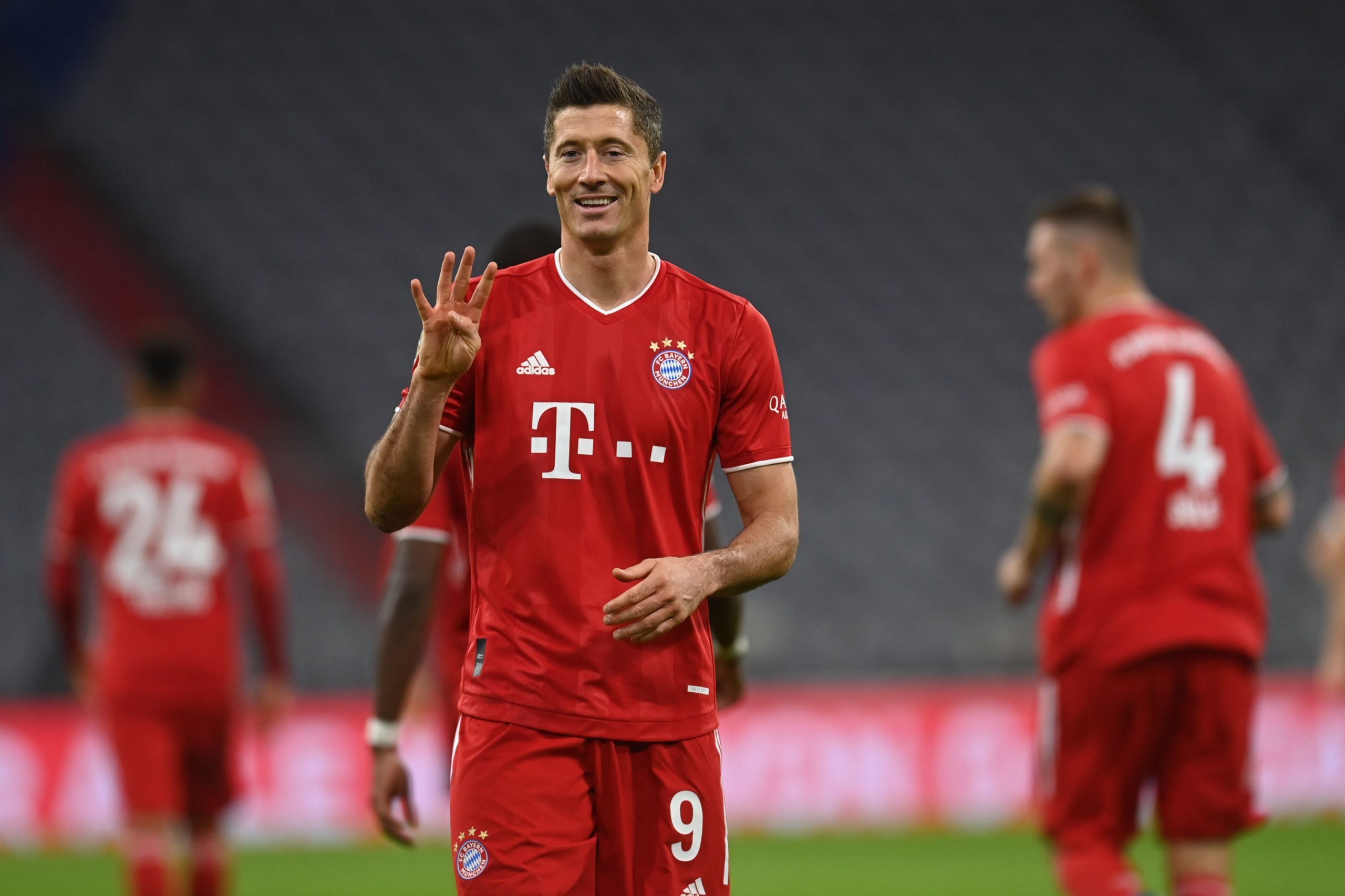 Had it not been for Robert Lewandowski’s jaw-dropping performance, Bayern were heading into the first international break with two consecutive defeats under Hansi Flick. This match was a wake-up call for Bayern and for those who question Bundesliga’s competitiveness.

Flick made five changes from an overworked group of players who started in the DFL Supercup. Chris Richards was handed his first Bundesliga start. David Alaba, Leon Goretzka, and Serge Gnabry appeared in Bayern’s 4-3-3. Leroy Sane was out with an injury.

Deyovaisio Zeefuik operated from the right flank in Hertha’s midfield. Jhon Cordoba started for the first time as Krzysztof Piatek was among the substitutes.

Bayern’s possession of 65% coupled with an xG of 3.9 reflected their sheer dominance although Hertha almost won a point, exposing the loopholes in the Rekordmeister’s defense. Cordoba’s selection for this match was a masterstroke by Labbadia. The Hertha head coach wanted to exploit Bayern’s high line through Cordoba’s pace and power.

The Bayern marksman, on the other hand, stole the show. Lewandowski saw his first strike at goal saved by Alexander Schwolow in the ninth minute. He got his breakthrough after 40 minutes into the game. The Polish forward scored on his second chance after Schwolow saved his headed attempt. The second-ball was delivered at the edge of the six-yard box where Lewandowski popped in to score his first of the night.

The second half featured six goals, shared equally between the two sides. Lewandowski doubled the lead for Bayern following a cut-back pass from Richards. Jhon Cordoba reduced Bayern’s lead after eight minutes. Cordoba converted Matheus Cunha’s free-kick via a thunderbolt header. Manuel Neuer got a hand to it but could not stop the ball from trespassing his goal-line.

Cunha made it worse for Bayern. He slotted in a solo effort, dribbling his way past from the left-flank towards the centre. He played a little one-two with Piatek at the edge of the box to move past Alaba and found the bottom-right corner of the goal.

Lewandowski restored Bayern’s lead with five minutes remaining on the clock. Hertha reverted after three minutes. Jessic Ngankam scored his first senior goal with his first touch of the game. Hertha, ostensibly, stole a point at the Allianz Arena but one can never write Bayern off. With two minutes into the additional time, Maximilian Mittelstadt dragged Lewandowski down inside the box and the Polish striker scored from the spot-kick.

Watch out Kramaric, Lewan-GOAL-ski is back in the race for the Torjägerkanone!

Are you sure Bayern will make it nine in a row?

Another thrilling #BLMatchday in the books

Matchday 3 had it all

Mother claims parents who can’t afford to feed their children should...