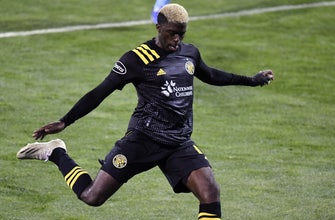 Artur opened the scoring in the 26th minute with his second career MLS goal and first in the regular season. New York City’s Keaton Parks deflected an entry pass from Emmanuel Boateng and Artur won a free ball and rolled a right-footer between the legs of goalkeeper Sean Johnson.

NYCFC’s Valentín Castellanos answered with a goal in the 55th minute, and Gyasi Zardes put away the rebound of his own stopped penalty kick to cap the scoring in the third minute of stoppage time.

No. 17 Hoosiers have more goals to focus on after upsetting Penn State

Work from home warning: Being away from the office can make...