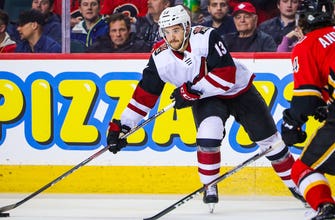 “Vinnie is a competitive forward who plays a strong two-way game,” said Zito. “He is a versatile playmaker who brings a mix of skill, speed and energy to our team.”

On the international stage, Hinostroza has represented the United States at the 2016 IIHF World Championship and the 2014 IIHF World Junior Championship.

Hinostroza played three seasons with the Waterloo Black Hawks of the United States Hockey League (USHL), recording 126 points (53-73-126) over 151 games before making the jump to the NCAA.

He was originally selected by Chicago in the sixth round (169th overall) of the 2012 NHL Draft.